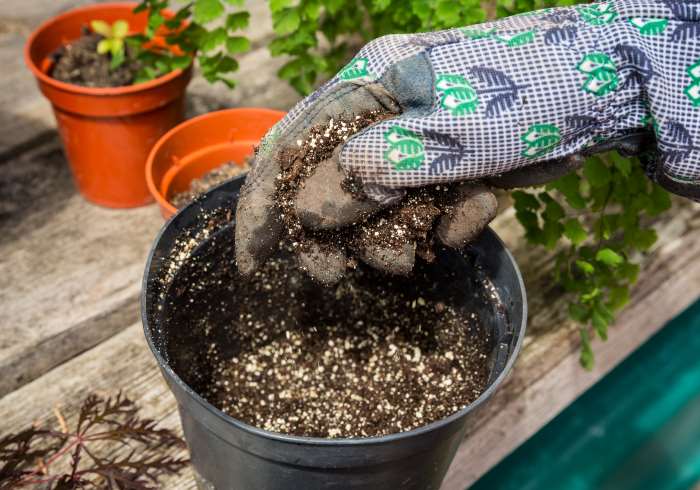 Buying potting soil can get expensive, so many gardeners may wonder if it’s safe to reuse potting soil.

Yes, you can reuse potting soil under the right conditions so it’s free of contaminants that can harm plants.

To learn the right way to recycle used potting soil for next season’s container garden, I put together this quick guide to recycling potting soil. Inside, you’ll find how to determine if you can reuse old potting soil and the steps to do so.

While sometimes it’s best to buy fresh soil for your potted plants, saving money by reusing potting soil is a great benefit so let’s dig in!

Can You Reuse Potting Soil?

Reusing potting soil is possible, but you may need to take a few steps to make sure it can sustain the life of the plants you grow in the container.

Many things can deter you from resuing potting mix, such as:

The first issue you encounter with used potting soil is nutrition depletion. As plants grow, they pull minerals from the dirt into their roots.

Even if you fertilize your potted plants regularly, the soil cannot hold the nutrients for long as it’s already very porous to encourage oxygen flow and drainage.

The next problem you may have with old potting soil is excessive dryness as moisture-grabbing materials within the mix disintegrate. Soil that won’t hold moisture will need alteration to increase the water retention of the mix.

Some potted plants, especially vegetables, can leave behind diseases or mold that can transfer to other plants you stick in the potting soil you reuse.

Without ridding the soil of pests, bacteria, or mold, you are risking the health of new plants and wasting your time and money.

How To Reuse Potting Soil

Dump out all the old potting soil you wish to reuse onto a large tarp or into a wide, flat plastic bin.

Spread the soil thin and even across the surface while inspecting the material for pests or mold growth.

Leave the soil to dry in the sun, or let it dry inside a shed or garage if the weather is humid or rainy. Stir the dirt around so that all the material dries out fully.

If you see any evidence of disease or pests in the soil or have grown vegetables in the mix, consider sterilizing the material to prevent spread to new plants.

You can achieve this by using two methods.

The first is to take batches of soil, place them in a large pan with a bit of water. Stick the pan into a 180-degree oven for 30 minutes, as shown in this video.

For a tiny batch of old soil, you can pop it in a microwave for 90 seconds to rid the soil of contaminants.

The second method is to use solarization to sterilize the potting soil.

To perform solarization, place the old soil inside a thick, black plastic garbage bag and tightly tie off the top. Leave the bag outside for four weeks in a location that receives at least 6 hours of direct sunlight a day.

If your potting soil is only one season old, the easiest way to replenish it is to mix in some fresh potting mix in a 50:50 ratio.

Another option is to use compost or manure to bring dried out potting mix back to life. For such a substantial amendment, only use a 25:75 ratio of the compost to old potting soil and combine the ingredients well before adding to pots.

Worm castings are another beneficial amendment that will rejuvenate old potting soil. Use a 40:60 ratio of castings to soil and blend well.

Mixing in a blend of slow-release fertilizer, some fishmeal, and crushed eggshells into an old potting mix will boost both the soil’s immediate and long-term nutrition so it can continue to sustain plants.

The method you choose to add nutrition to your old potting soil is up to you. The needs of your particular plants going into the mix will determine which is the most suitable.

Before we get into the steps to properly rejuvenate old potting soil for reuse, here are some great ways to recycle the material if you don’t feel like it’s worth the effort:

If you do plan to reuse old potting soil, you can ensure a better outcome by following these tips:

Related | How To Store Potting Soil

Extending the life of potting soil by reusing it is helpful to your budget and the environment.

Even when the potting mix is too depleted to use for growing plants, it’s still ideal for many other uses around the garden, so don’t let it go to waste.

Reusing potting soil the correct way can save you money and the hassle of dragging home fresh bags of potting mix each growing season.

I hope you use the information above to bring all your old potting soil back to life and enjoy beautiful flowers and abundant vegetables year after year! 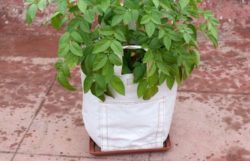 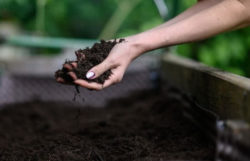 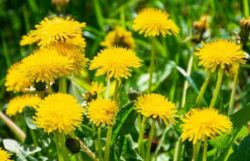 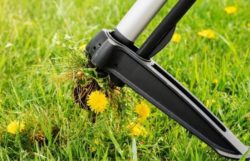 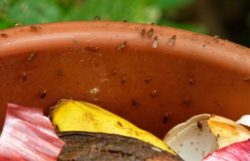